– Complete your 2020-21 Upper Deck Base Set – the most cherished and widely-collected annual set in hockey!: With more than 700 cards over three series, including over 125 Young Guns this is the most extensive base set in the 30-plus year history of Upper Deck’s iconic flagship series.

– Also look for the continuation of the inaugural Dazzlers – Orange insert set. Collect cards 101-150 of this brightly-colored collection. 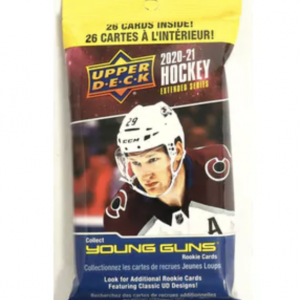 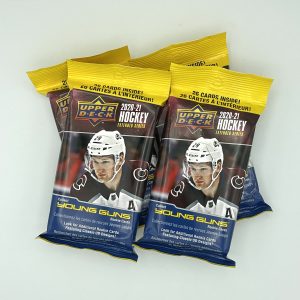